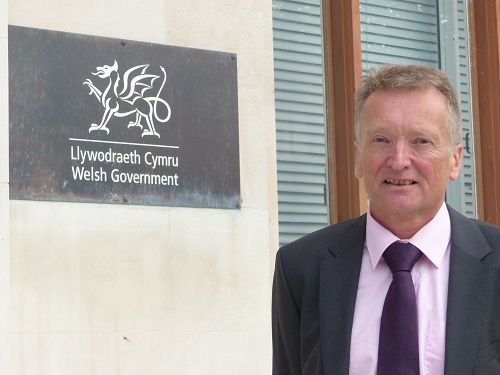 Wales' Chief Medical Officer, Dr Frank Atherton, is calling for more young people and males to play their part in shaping the future health of the nation, by participating in the largest Welsh population health study ever undertaken.

Backed by the Welsh Government and led by Cardiff University, HealthWise Wales was launched in 2016 to study the health and wellbeing of people in Wales and help plan health services for the future.

As well as gathering general health data, the purpose of HealthWise is to gather information on specific health issues to improve future treatments and insights.

Since launching, the study has also issued focused surveys to participants on areas including oral and mental health, sunbed use, antenatal care, bowel cancer and re-use of medicines.

Today, the CMO is emphasising the importance of diversity among participants to increase the breadth of data available for analysis.

Alongside the disparity in age groups, the data shows that the highest proportion of participants live in South Wales. The lowest uptake has been in Neath Port Talbot, Blaenau Gwent, Anglesey, Wrexham and Flintshire.

To encourage sign-ups, the health initiative has recently launched a new national advertising campaign which features an animated film that is currently being shown on TV, social and digital channels.

Chief Medical Officer, Dr Frank Atherton, said: "The more informed we are about the illnesses facing the nation today, the better equipped we'll be to deal with the health challenges of tomorrow.

"HealthWise Wales is an ambitious project aiming to build a picture of the nation's health. I would urge everyone in Wales who is eligible to sign up; we need as many people as possible to get involved to make it a success - not least a greater proportion of groups who are currently under-represented.

"Reaching 18,000 is hugely positive, but the greater the diversity of those we have on board, the greater the scope to unearth wide-ranging insights. Naturally, the more people who take part in the survey, the more we can understand how different people think and behave in relation to health services.

"Health research is behind all major advancements in treatment and services in Wales. Giving a short amount of your time to provide basic health information could help generate important insights and treatments for future generations."