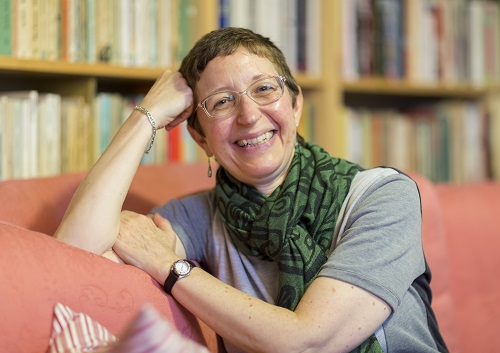 A yoga teacher from Gorseinon whose husband was saved by the NHS following a heart attack has joined HealthWise Wales and is urging others to do the same.

55-year-old Carolyn Jones, originally from Canada, met her Welsh husband Meic while they were both working in Havana, Cuba during the 1980s. They got married in Canada in 2009 and moved to Wales.

In 2014, Meic suffered a heart attack, and was treated at Morriston Hospital. Carolyn praised the care her husband received from the NHS.

She said: "Coming from Canada, I really see the difference between healthcare there and the NHS over here. They really looked after my husband when he had his heart attack, and seeing the level of care he received has made me very passionate about the NHS and the future of healthcare in Wales, which is why I signed up to HealthWise Wales.

"After my husband left the hospital, we were offered places on a six-week course taught by specialist nurses, nutritionists, and physiotherapists to learn about cardiac health, medications, and how to live a healthy lifestyle, which is something that would never have been available free of cost in Canada.

"Having moved to Wales, I really feel passionate about the NHS, and saw HealthWise Wales as a small way to give something back to the health system and to the community by contributing to the research that will help the NHS to plan for the future.

"The research also interests me as I'm currently in the final year of my social work degree at Swansea University, and know how hard it is to find Wales-specific research. I wanted to play a part in generating the data needed on the health of the people of Wales. That's why it's so important for others to sign up to the study as well, so there's a clear picture of the provisions needed to address the future health needs of the nation."